PrinceDUFF does not have a set appearance as he has a massive array of outfits that consist of various unique dressing styles.

PrinceDUFF is most well known for wearing a fully functional Halo suit that was custom modified to perfectly fit his small Knuckles body structure. However he does not wear it as often as he used too.

Other than his many unique outfits he owns, his overall appearance is the same as an average Ugandan Knuckles.

PrinceDUFF (Nickname: HighCommanDUH) is a Ugandan Knuckles that takes the roll as Leader and Commander of Ebola 2.0 and the Protector of Uganda.

PrinceDUFF dedicates his life to fighting for the good of Echidna Kind and keeping Uganda and all it's allies safe from malicious Non-Believers, Normies, and other threats to his people. He sees all members of the Knuckles tribe as family, and likewise the majority of the Knuckles population views PrinceDUFF as a grand leader and even consider him to be a father figure to their whole tribe.

PrinceDuff will risk life and limb to keep his people alive and well and prevent the Ugandan Knuckles meme from dyeing out entirely. To this day he has recruited thousands of new Ugandan Warriors and formed alliances with other factions all across the world.

PrinceDUFF is also a skilled warrior. In Uganda he is what is known as a "Ugandan Supa Solder". His many battles against Non-Believers have been fought with many different resources and tactics. This makes him very resourceful and skilled in combat.

A few years after Commander Gaztons retired from Commander of the Knuckles Tribe, He approached PrinceDUFF and gave him his blessing to be the High Commander of Uganda. Which is how he got his nickname, HighCommanDUH!

PrinceDUFF has a huge role on how the knuckles carry out missions by commanding every knuckles where and when to attack normies and weeb crashers of VRChat. Thanks to his leadership, he lead his people to countless victories and got them through the toughest battles.

Before Babakumbe disappeared he gave the one who Gaztons dubbed as the High Commander, (Which was PrinceDUFF at this point) the role of leader of Uganda while he was away. PrinceDUFF remains the Ugandan Leader to this day.

PrinceDUFF is known for being a kind, fun loving, and entertaining man. However He is also very serious about protecting his people so if you get on his bad side he will put you in your place. PrinceDUFF has been known for being very savage at times.

But he has a heart of gold.

PrinceDuff enjoys hanging out with the bruddas and chilling in Uganda.

He also really loves playing Yu-Gi-Oh. He is quite passionate about this game as he can get very competitive when in a match. In fact, one of PrinceDuff's many outfits is a cosplay of a Yo-Gi-Oh character, and he even owns a book that opens up the world of Toon Uganda. Which is a Yo-Gi-Oh Toon World version of Uganda.

PrinceDUFF also likes meeting new people and making friends. Unfortunately due to him being a Knuckles he often runs into a lot of Racist normies who hate the Knuckles so he often has to bring out his angry side to tell them off and roast them until they learn to respect the bruddas. But if people are accepting and non-judgmental, It's likely that Duff will show you the respect you earned.

He also likes the color Purple. Because it reminds him of grapes.

Things that PrinceDuff Dislikes include:

People disrespecting the Ugandan Knuckles. He will stand up for his people and will go to great lengths to keep them safe from harm.

He also really hates Traps. In his own words "Traps are gae! no matta what wae you look at them!" He has the same view on Weebs, and Furries.

This shouldn't really be a surprise, but he also hates people who cheat in Yu-Gi-Oh.

Over time PrinceDUFF has had many Queens. According to other members of the tribe, He is said to have a way with the ladies. There have even been various cases where Duff successfully stole some Weebs and Wolf Boy's girls, in which they became very pissed off over.

PrinceDuff has accomplished many historical things in the Ugandan Knuckles history. PrinceDuff has attacked and conquered millions of lands in the name of Uganda.

On December of 2019 he lead an army into a Beachside town while they were celebrating Christmas, The sudden invasion caught the residents off guard which allowed the Ugandan Knuckles to take over the whole town and claim it as their own.

PrinceDuff has also lead an invasion on the Loli Police Department. Duff was infuriated when he kept getting reports that the LPD were arresting and even performing awful acts of police brutality against Ugandan Citizens over petty matters. This, PrinceDuff sent in a member of the tribe to find out information about the Loli Police, eventually leading to the discovery of the recently changed security code that unlocks the rest of the back rooms in the PD which normally only Loli Police Officers could go in. Thus once again, PrinceDuff organized another attack. They breached the security of the LPD and attacked the crooked officers for their acts of Knuckles Racism.

The ironic thing is, is that the chief of the LPD stated that "The Knuckles will never get past us" and literally 2 weeks later, The Ugandan Knuckles proved him wrong, as they did Just that. All thanks to PrinceDuff's leadership.

PrinceDUFF has also lead the 2019 Battle of new Years eve. Otherwise known as U-Day. One of the largest, and most violent Ugandan Knuckles attacks in History.

PrinceDUFF is also the owner of an official YouTube Channel where he documents and uploads videos about his every day life as a Ugandan Knuckles.

PrinceDUFF was born during the time the war between the Red Knuckles and Blue Knuckles was in full swing. He was once just a normal Red Knuckles. Until he was approached one day by a small group of Blue Knuckles. At the time PrinceDuff was just a young child, so the Blue Knuckles tricked him into following them into a house where they then encouraged him to paint himself Blue. They told him that Blue was Da Wey. Not knowing any better he gladly made himself Blue. That's when the other Red Knuckles saw him and immediately started getting aggressive. The yelled at him, spat on him, and nearly beat him to death until he managed to escape and jumped in the ocean which washed the paint off. After seeing that he was a Red Knuckles. They all immediately cheered and started Clicking their tongues in celebration because he was not a Blue.

From that point on, the young Duff knew he would have to toughen up to survive in these harsh times. He trained and learned to defend himself. and after the War between the Reds and Blues was over and the two Species joined together into one massive Knuckles tribe, PrinceDuff had fully grown and faught along side the other Ugandan Warriors against Non-believers.

Until one Day, Gaztons gave him the honor of becoming the High Commander, and Babakumbe declared him the new leader of Uganda. 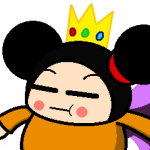 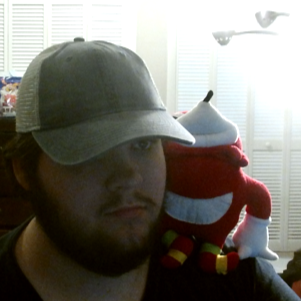